Africa is still behind in crucial infrastructure that can help drive economic growth and development. However, some Africans are slimming the gap. One recent project that is hot on the heels of infrastructural development is the Douala Grand Mall in Cameroon. The Douala Grand Mall is judged to be the biggest in Central Africa. The ultra-modern edifice sits on an expanse of 40,000 m2. However, 18,000 m2 of this space is a commercial center for let.

restaurants, a children's playground, car wash, etc.
The Douala Grand Mall will be officially and
3/4 pic.twitter.com/x8vsPb21L0

ALSO READ: 10 Easiest Countries To Do Business in Africa 2020

The Douala Grand Mall is expected to host over 300,000 visitors monthly. The construction of the entire project will cost €122 million (approx. 145 million dollars). Reacting to what it feels like to have the mall in the city, a resident, Honoré Tcheutchoua said,

“The shops are there, everything is in place. Really, I think it’s great for a first time in Cameroon, especially in Douala in our city. Really, it’s very warm and it’s very good. It really makes me happy”.

Features of the Douala Grand Mall 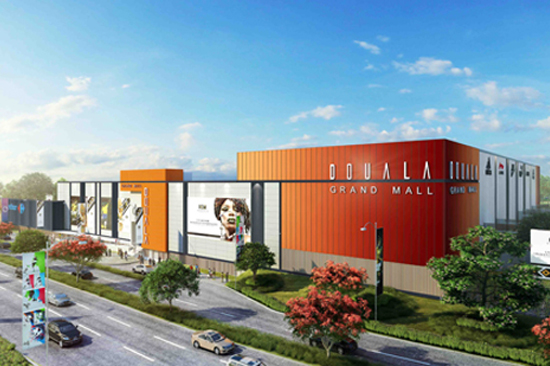 The construction of the Douala Grand Mall will be in two phases. The first phase will cover the 18,000 m2 of this space is a commercial center. Some of the features of the first phase include 160 shops and stores, a multiplex of 5 cinemas with 1000 seats, 640 parking spaces, 22 restaurants, a Carrefour supermarket, and a spa.

Outstanding Opening Day for the @DoualaMall with its Main Anchor, Carrefour Market! 🤩
This 17th November is a day of exceptional crowds and consumer discovery of the mall, with people visiting us this Tuesday, from 8am and continuing throughout the day.
Carrefour Market, 1/4 pic.twitter.com/KZOfj6tq9D

The second phase which will cover the remaining 22,000 m2 is a Business Park with a five-star hotel and offices. The entire project is dubbed The Douala Grand Mall and Business Park. This project is significant because it occupies a strategic position in the Economic Capital of Cameroon. Speaking on the development of the project, one of the promoters, Mathurin Kamdem said,

“We are targeting the second phase of this project because phase two, which still includes a hotel and an office space, is still part of the complex. We have estimated that in its overall scope, we will generate around 4,500 direct and indirect jobs in all specialties.”

The brain behind Douala Grand Mall 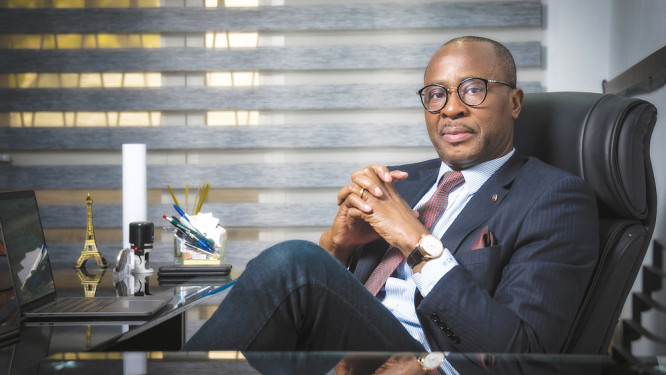 While we marvel at the Douala Grand Mall, let’s take a minute to shift the attention to Mathurin Jidjouc Kamdem, the brain behind the imposing structure. Mr. Kamdem quit his engineering job at Bouygues in France to channel his expertise to the service of his country. Mathurin Kamdem was able to raise the funds for the project from ACTIS, a British investment fund partnering with the project.

The Douala Grand Mall adds to ACTIS’s growing mall portfolio in Africa. It is important to mention that they are behind the Jabi Lake Mall in Abuja, Nigeria and the Ghana Mall in Accra. Mr. Kamdem is the CEO of Craft Development. The fast-rising property development company is a product of his over 25 years of experience in real estate development. The company specializes in delivering local expertise using global standards. Speaking about the economic impact of the project Mr. Kamdem said,

“This is a landmark project that will provide the vibrant city of Douala with one of its biggest international standard mixed-used development. Also, it has created over 4.500 jobs in both the construction and the operation phases.”

Possible extensions and the economic impact of the project

The construction of the Douala Grand Mall commenced in Q1 of 2018 and was completed in Q2 of 2020. At the moment, the edifice is experiencing finishing touches on the driveways, terraces, green spaces, and parking lots.

It is with great enthusiasm that the public of Douala responded to the call to open the doors of the Douala Grand Mall on Tuesday November 17, 2020 with Carrefour Market, the locomotive of the Mall. Visit of the gallery, experimenting with escalators, and tasting time with
1/4 pic.twitter.com/pMztv30uqs

The mall has ample spaces to accommodate fashion and beauty as well as other services (banking, telecom, pharmacy, insurance, etc.). Therefore, it is positioned to becoming the first destination for the over 4 million inhabitants. The Douala Grand Mall has a robust security infrastructure. Also, all the shops are customizable according to the requirements of the tenant.

Hopefully, the realization of the Douala Grand Mall in that time frame pushes other influential stakeholders (public and private) to take on more of such projects and actually work towards similar achievements.

According to Africa News correspondent, Lambert Ngouanfo, the project has led to the injection of €46 million (approx. $55 million) into the economy. The expenditure was in the form of service payments and equipment purchases. The success of this project is another testament to how private-public partnership can drive Africa’s economy.

20 Construction Projects That Will Transform Major African Cities In 2021

7 Africans In The Diaspora Breaking Boundaries