Hero or Villain: Jerry Rawlings’ 8 Most Impactful Actions In Ghana And Africa

#SecureTheTribe: Some African Americans Believe African Immigrants Owe Them. Do They Have A Point? 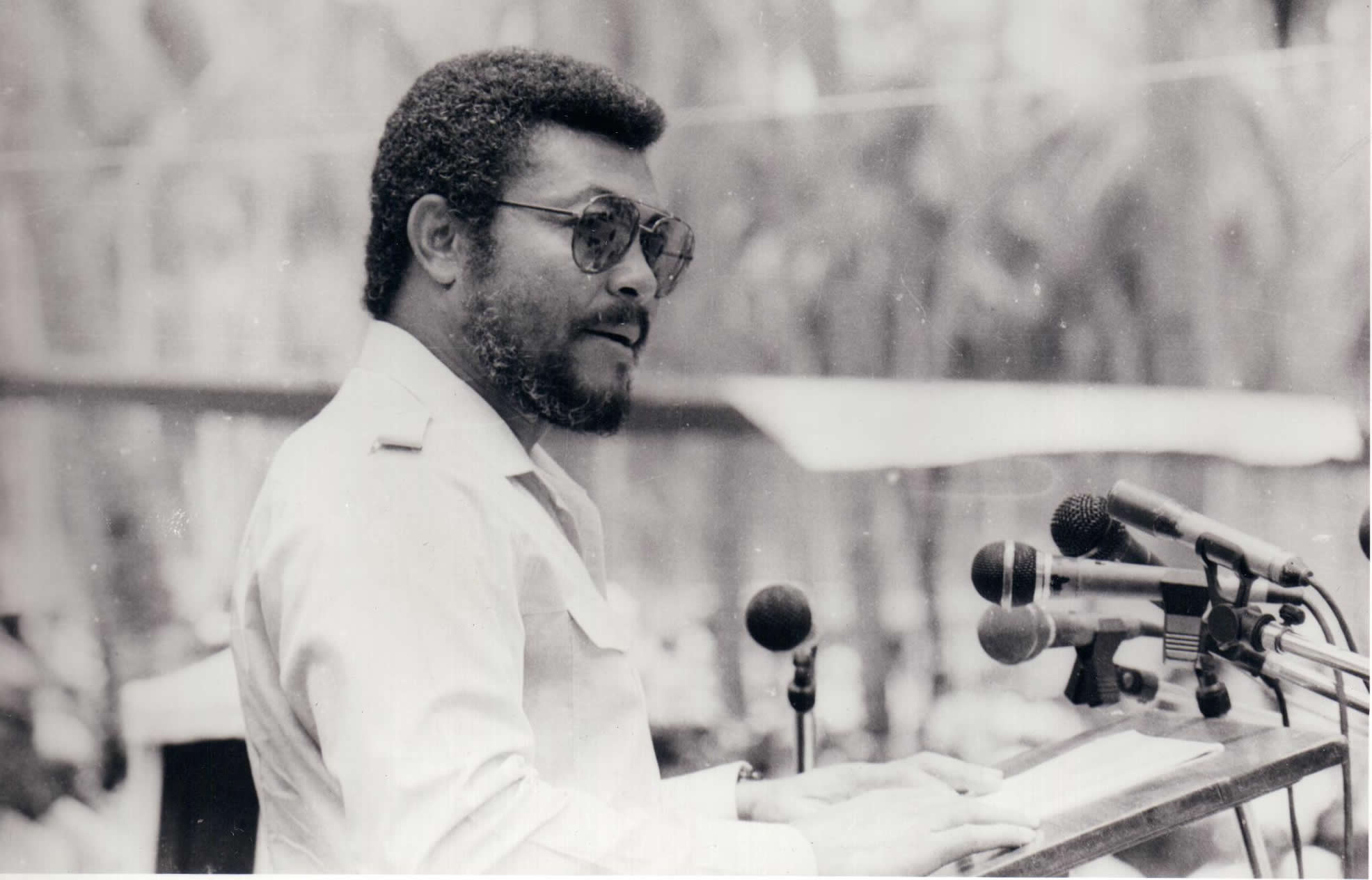 Jerry Rawlings may be dead but Africa—particularly Ghanaians—continue to live his legacy. His political influence in the West African nation may only be compared to Kwame Nkurumah. While some regard him as a hero, others have a more bizarre opinion about him. Born to a Ghanaian mother and a Scottish father, tribute continues to pour in for the ex-leader and flight lieutenant.

According to a BBC report, Jerry Rawlings died from a heart attack. This is coming less than a month to the 2020 Ghana presidential elections. He died at Korle Bu Teaching Hospital. Before his death, the 73-year-old ex-president was in support of the re-election of former President Mahama. To honor the former leader, President Nana Akufo Addo has suspended his re-election campaign. The campaign team describes Rawlings as an “iconic figure and founder of the National Democratic Congress (NDC)”.

ALSO READ: Robert Mugabe: A Hero Or A Villain? 5 Lessons For African Leaders 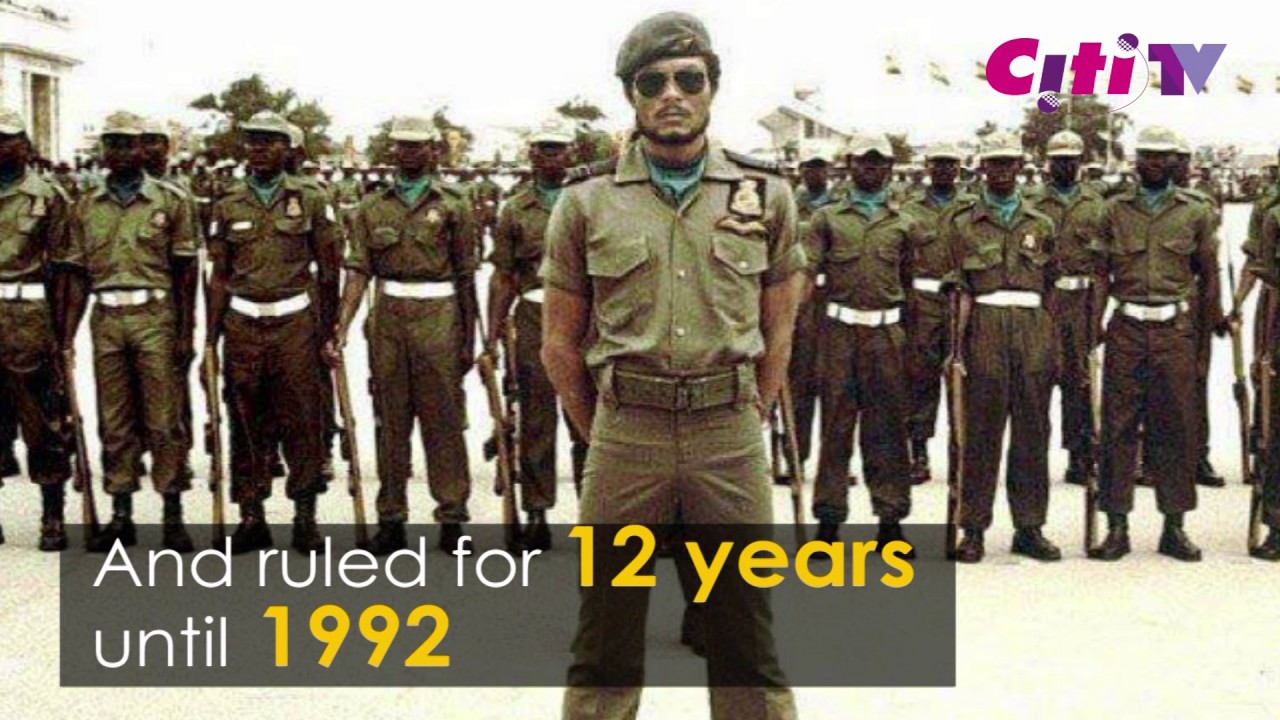 In 1969, Jerry Rawlings was commissioned a second lieutenant in the Ghanaian air force. Consequently, he became a flight lieutenant with a special skill in aerobatics. Leading a robust team of junior officers, Rawlings led a successful military coup in June 1979. However, he led a successful civilian transition to President Hilla Limann.

Limann quickly retired Jerry Rawlings from the air force. Two years later, Rawlings overthrew Limann accusing him of leading the nation “down to total economic ruin”. Following the introduction of multi-party elections in 1992, Rawlings contested and won in 1993. After serving two terms, he stepped down in 2001. Nevertheless, he continues to wield a strong influence on the country’s democratic process.

8 most impactful actions of Jerry Rawlings in Ghana and Africa

Like an onion, Jerry Rawlings had layers that kept changing at a different point in his life. At some point, he was a fierce fighter and at another, a socialist. However, there are a number of things that he did which will resonate for many years to come. Below are a handful of them.

#1. Overt detest for corruption

Twice, Jerry Rawlings had to overthrow the government as well as jail or execute people he tried and found guilty of mismanaging public funds. However, some accuse him of crimes against humanity due to the executions. One of these controversial killings was the execution of Supreme Court judges by firing squad.

Saddened to hear about the death of Jerry Rawlings due to covid-19.

Wish I could do a thread on how he gathered all the corrupt Presidents (Afrifa, Acheampong, and Akuffon) and executed them alongside 300+ corrupt Generals and Politicians

Ghana changed for the better since then pic.twitter.com/W6rODSdU2P

Following the lifting of the ban on political parties in 1979, Jerry Rawlings became active. Consequently, he channeled his popularity into government criticism.

Several times, Jerry Rawlings called on the Ghanaian government to do more to help the poor. It is not surprising that he ran a socialist government for some time after ascending to power.

It was the coups of the 1960s and 1970s by Jerry Rawlings that ushered in a long period of political stability. Today, Ghana is one of the most peaceful nations in West Africa.

In the later years of his life, Jerry Rawlings was committed to a better Africa. Consequently, he campaigned for the writing off of the international debts by African nations.

More than once, we hear of African leaders doing everything to stay in power. Some go as far as altering the constitution to seek a third term in office. Jerry Rawlings was different. After serving his two tenure, he stepped down in 2001.

When his populist measures were not working, Jerry Rawlings quickly reversed to conservative economic policies. This includes privatizing lots of state-owned companies, dropping subsidies and price controls, and devaluing the currency. These free-market measures led to a speedy revival of Ghana’s economy.

By committing many Ghanaian troops to UN peacekeeping missions, Rawlings was able to boost Ghana’s international image. The majority of the peacekeeping operations were in Iraq, Lebanon, Sierra Leone, and Liberia.

Jerry Rawlings’s death is coming a few weeks after the burial of his mother. There are unconfirmed reports that his death may be due to COVID-19 complications. During his reign from 1993 to 2001 as the president, Rawlings made some memorable remarks that often hint at his character and belief. Here are some of his most iconic quotes.

The passing away of former President Jerry Rawlings, an illustrious son of Africa, who worked tirelessly and passionately for Africa, is very sad. Big loss to Ghana and Africa. My condolences to his dear wife Nana and family and to the Government and people of Ghana. RIP. pic.twitter.com/azlnk2qtOZ

From his early days as a young revolutionary, to his later years as a renowned statesman and pan-Africanist, Jerry Rawlings always led from the front and matched his words with his actions. pic.twitter.com/IYfbtiZceK

Jerry Rawlings was an African giant. His tenure as leader of Ghana remains emblematic with the restoration of that country. Even after office, he stood tall for African unity and renaissance. pic.twitter.com/8nsU0OlCiU

When Jerry Rawlings took power in 1979 he ordered the execution of senior military officers, including two former heads of state. All were convicted by secret military tribunals of misusing their positions to enrich themselves while in office.

We recall that former Ghanaian President, Jerry Rawlings, now demised, who ruled for close to 2 decades, was at peace with himself when he alighted from his car to personally clear up a traffic logjam at Prampram, Ghana, in 2019.

How many of your ex-Presidents can pull this off? pic.twitter.com/O3feT6Hpki

I am sad to learn of the demise of President Jerry Rawlings,
a good friend and great man.
Let us honour him by emulating his courage and candour.
JJ,Old Soldiers never die.

Any Ghanaian kid that was born late 80’s and early 90’s grew up on the presidency of Jerry Rawlings. You may or may not like him but his charisma was unmatched.

Do You Agree With PLO Lumumba That The Unity Of Many African Countries Needs To Be Renegotiated?