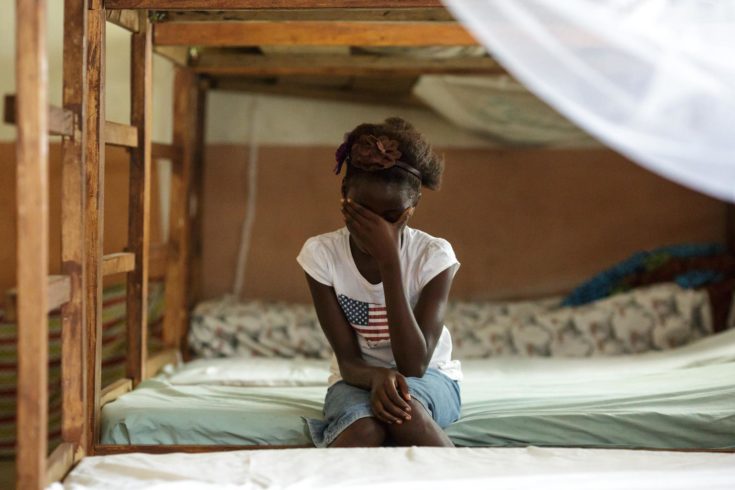 Female genital mutilation (FGM) is the partial or total removal of some part of the female genitalia using scissors, special knives, razor blades, pieces of glass, or scalpels. The practice is predominant in the Middle East, Asia, and Africa. However, most of the cases are in Africa. According to the World Health Organization (WHO), over 200 million women and girls alive today in 30 Africa, Asia, and Middle East countries live with FGM. Also, about 3 million girls are at risk of genital mutilation annually.

Records show that the practice is usually carried out on girls between infancy and 15 years. The practice usually leads to complications. In 27 countries with high female genital prevalence rate, the treatment of resulting complications cost around $1.4 billion annually. WHO strongly opposes all forms of FGM, calling it a violation of human rights. 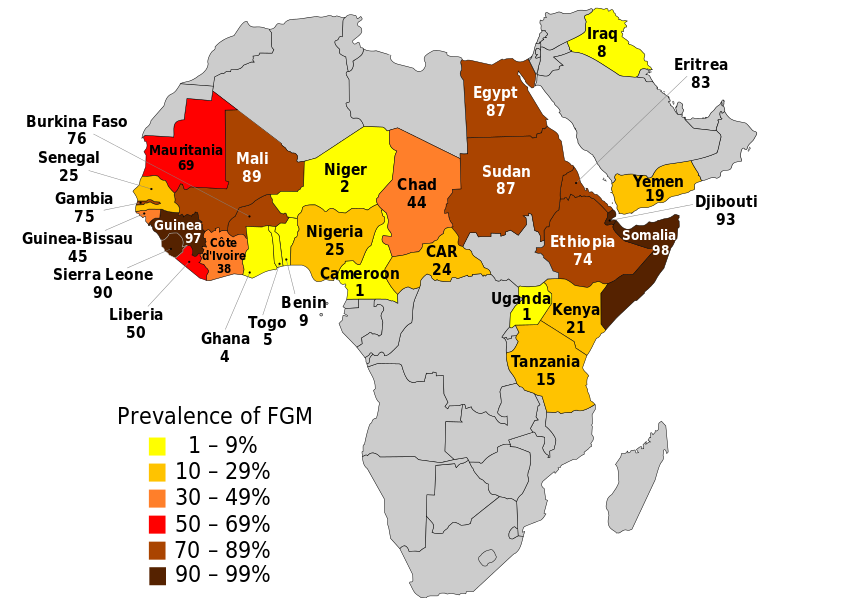 Consequently, 6th February every year is set aside by the United Nations for the celebration of International Day of Zero Tolerance for Female Genital Mutilation. The theme for the 2020 celebration is ‘Unleashing Youth Power’. The UN Secretary-General, Antonio Guterres said,

“Together, we can eliminate female genital mutilation by 2030. Doing so will have a positive ripple effect on health, education, and economic advancement of girls and women.”

Also, the practice is a reflection of inequalities among sexes and an extreme form of discrimination against women. Girls who undergo FGM face short-term complications like severe pain, excessive bleeding, shock, infections, difficulty in passing urine and sometimes death. Also, the long-term consequences may include mental, sexual, and reproductive health problems.

There are four main types of female genital mutilation. Each of the types indicates a different alteration to the female genitalia. The types are as follows; 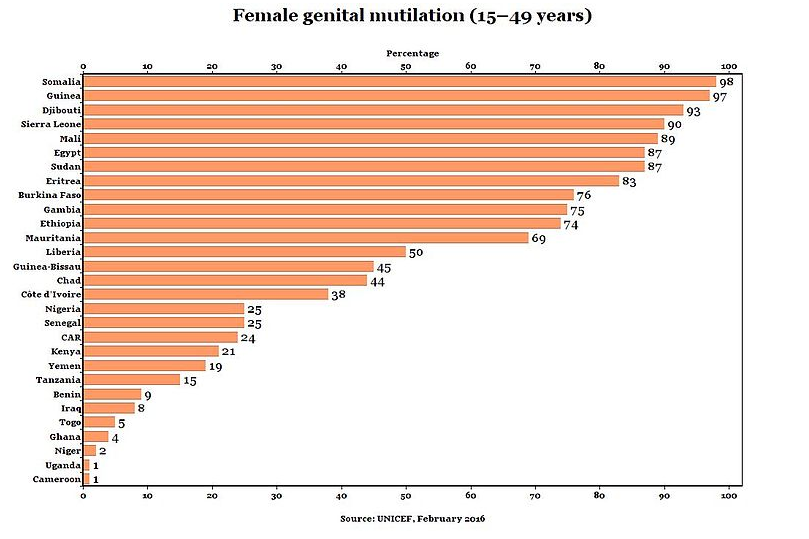 Somalia, Guinea, and Djibouti have the highest number of victims of female genital mutilation. Information from the WHO shows that 90 percent of female genital mutilation are type I, II, or IV. The remaining 10% are type III—although this is the most severe. In Africa, type III is the predominant practice in the north-eastern region of the continent. Countries implicated in this practice include Eritrea, Ethiopia, Somalia, and Sudan. In West African countries like Burkina Faso, Mali, and Guinea, there is a higher tendency of excision and/or clitoridectomy.

Reasons for the Practice of Female Genital Mutilation

It is important to state clearly that there is no known health benefit of female genital mutilation. In regions with wide practice, it is usually supported by the community. Families that shun the practice face harassment, condemnation, or ostracism. However, there are reasons given for the practice which can be grouped into 5 categories;

Religious reasons: some communities use religion to justify the practice. However, neither Christianity nor Islam endorse the practice.

Psychosexual reasons: this is the most predominant reason for FGM. According to many cultures, it is a way of controlling women’s sexuality which is ‘insatiable’. Thus, the removal of parts of the genitalia will ensure virginity before marriage and fidelity afterward.

Sociological and cultural reasons: in some cultures, FGM is part of the rites towards the initiation of a girl into womanhood. Thus, it is an intrinsic part of their cultural heritage. Myths that FGM promotes fertility also fuel the practice.

Socio-economic factors: there are communities where FGM is a prerequisite for marriage. In communities where women are largely dependent on men, economic necessities can drive the practice. For practitioners, it may be a huge source of income.

These reasons are also some of the factors that make it difficult to eradicate the practice. There is a deep sense of respect for religious and traditional practices in Africa. Therefore, trying to eradicate any practice with religious or traditional undertones usually meet huge criticism and resistance. Interestingly, there has been a decline in the practice in the past decade.

The key to the eradication of female genital mutilation remains awareness and education. The first joint statement by the WHO to address the issue was in 1997. Ever since there has been an increase in the drive to end the practice. By 2003, the United Nations General Assembly adopted February 6 for the celebration of International Day of Zero Tolerance for Female Genital Mutilation. Consequently, the first celebration was in 2003.

Since 1997, there has been great progress in the eradication of the practice. This success is a result of the engagement of communities as well as changes in public policy. Also, the presence of international monitoring bodies has made a huge difference. Out of the 29 countries where FGM is most prevalent, 24 governments have enacted laws against the continuation of the practice. For example, Zambia and South Africa have banned the practice. However, the overall push to eradicate the practice in Africa is slow.

Healthcare providers have a role to play. In recent times, there has been a call for the medicalization of the practice. This creates a false sense of security. Thus, it should be widely condemned by medical professionals. Illiteracy continues to be a major factor that drives the practice. Therefore, supportive education and targeted training among stakeholders will respectfully and sensitively address the complexities of this long-standing practice.

These 29 Nigerian Words Are Now In The Oxford English Dictionary. Some Nigerians Are Dismayed By It

John Legend Pays A Silent Visit To Nigeria. Here Is The Reason Why