20 Africans Who Are Leaving Their Mark On History

Returnee Spotlight: Yohanis Gebreyesus's Success Story Would Make You To Rethink What You Know About Doing Business In Africa

There is a popular saying that ‘Education is the bedrock of a nation’.  However, in some African nations, there has been a downward plunge in the standard of education. This is evident in the declining student performance year-over-year. Since the dawn of democracy in South Africa, no matric class has surpassed the 80% threshold. Interestingly, the South African 2019 matric class has rewritten that history.

The South African 2019 matric class scored an amazing 81.3% National Senior Certificate (NSC) pass. This is the highest since the history of the nation. Announcing the result on Tuesday, 7th January was the Basic Education Minister, Angie Motshekga. Besides the overall impressive performance, the minister also revealed that none of the 75 districts in the country scored lower than 60 percent. The news excited President Cyril Ramaphosa who said,

“These results are a triumph and a clear signal that government’s substantial investment in education, in pupil and teacher support and in educational infrastructure is yielding results. South Africans can be proud that education, like most aspects of our nation’s development, is on an upward trajectory which should inspire all of us to work together to accelerate and maintain excellence.” 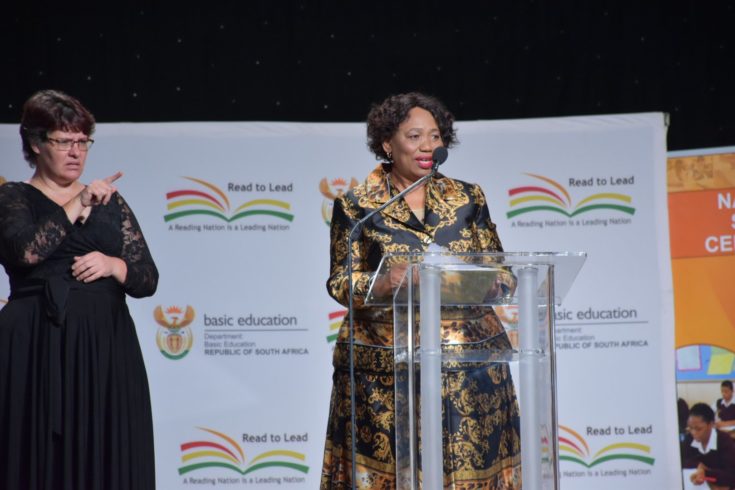 In her speech while presenting the South African 2019 matric class performance at VodaWorld, in Midrand, the Minister mentioned that a total of 788,717 candidates registered for the November 2019 NSC examination. There were 7,416 centers throughout the nation. However, 212 candidates wrote from correctional facilities. Some of the interesting facts about the 2019 matric class performance are as follows;

Overall, there was an 8.6% increase in female candidates (in comparison to 2018) who obtained Bachelor passes. Also, statistics show that more female candidates received Bachelor, Diploma, and Higher Certificates passes than their male counterparts. In reaction to the South African 2019 matric class statistics, the president said,

“There has also been an increase in the number of female learners achieving bachelor’s passes. The Eastern Cape recorded the highest improvement in the matric pass rate, and not one of the country’s 75 districts performed below 60%. These are stellar achievements. To the Class of 2019, you have done yourselves proud and returned the investment made in you by your families, teachers, communities, and mentors. Do not be discouraged, but courageously persevere towards your goals”

Significance and Possible Reasons for the Improved Performance

Leading the top ten district level performances was Tshwane South in Gauteng with 93.3%. This was followed by Gauteng North and Tshwane North with 90.7% and 90.6% respectively. Closing the top ten best districts was Johannesburg West with 88.7%. As pointed out by the president, the increase in the South African 2019 matric class pass is an indication that the divide between the poor schools and the so-called ‘rich’ schools is becoming narrower.

The success may also have something to do with the introduction of the pro-poor financing of the education system in 2015. The policy made it possible for poor students to have a shot at a quality education. Other incentives such as the provision of nutritious meals and the provision of scholar transport to deserving learners have increased retention of learners in schools.

Also, there are more specialized schools offering subjects like maritime studies and agricultural studies. South African 2019 matric class is the second to offer 12 new subjects. Concluding her speech and presentation, the minister said,

“There is no doubt that the system is beginning to reach the desired stability. It is a very important milestone for a system as diverse, large and challenging to have surpassed the 80% glass ceiling – the first time in the history of our country. This is a humbling, heartwarming and also an encouraging achievement. To maintain, or even go higher than this pass mark, will definitely be a tall order”

People With Albinism In Malawi Get Personal Security Alarms But Will It Make Any Difference?