Calabar Carnival Is Becoming The Biggest Street Carnival In Africa

7 Ways You Can Celebrate Black History Month At Home

Calabar Carnival which began in 2004 has blossomed over the years. In the 2019 edition, 35 nations across the globe and 20 Nigerian states will be participating. The month-long event will come to an end on December 31st. However, the main events occur in the last two weeks of the month. According to Mr. Gabe Onah, the Carnival Calabar Commission chairman, participants were expected from Bangladesh, Brazil, Italy, Kenya, Malawi, Vietnam, and many others. He said,

“We will have over 20 states within the country showcasing their culture in various ways in a street procession by December 26. More of Nigeria’s cultural and tourism content will be showcased to these international delegates at the carnival. This is because we want to encourage in-bound tourism.”

ALSO READ: African Vibes Guide To Some Of The Best December 2019 Events In Africa

The theme for this year’s Calabar Carnival is ‘Humanity’. The aim of the theme is to tackle man’s inhumanity to man. Consequently, it will encourage humans to choose humanity over violence. Explaining the theme, Mr. Onah said,

“Man has become so mean that the animals are doing better than us. There is a need for us to be our brothers’ keeper, and positively change our society for the benefit of all. Man has become insecure. Man has become unfair to fellow men that for a pot of porridge, we can sell our own brothers. This cruel behavior must not be encouraged. This is the most challenging theme since the inception of the carnival, as it touches everyone.”

What to Expect from this Year’s Calabar Carnival 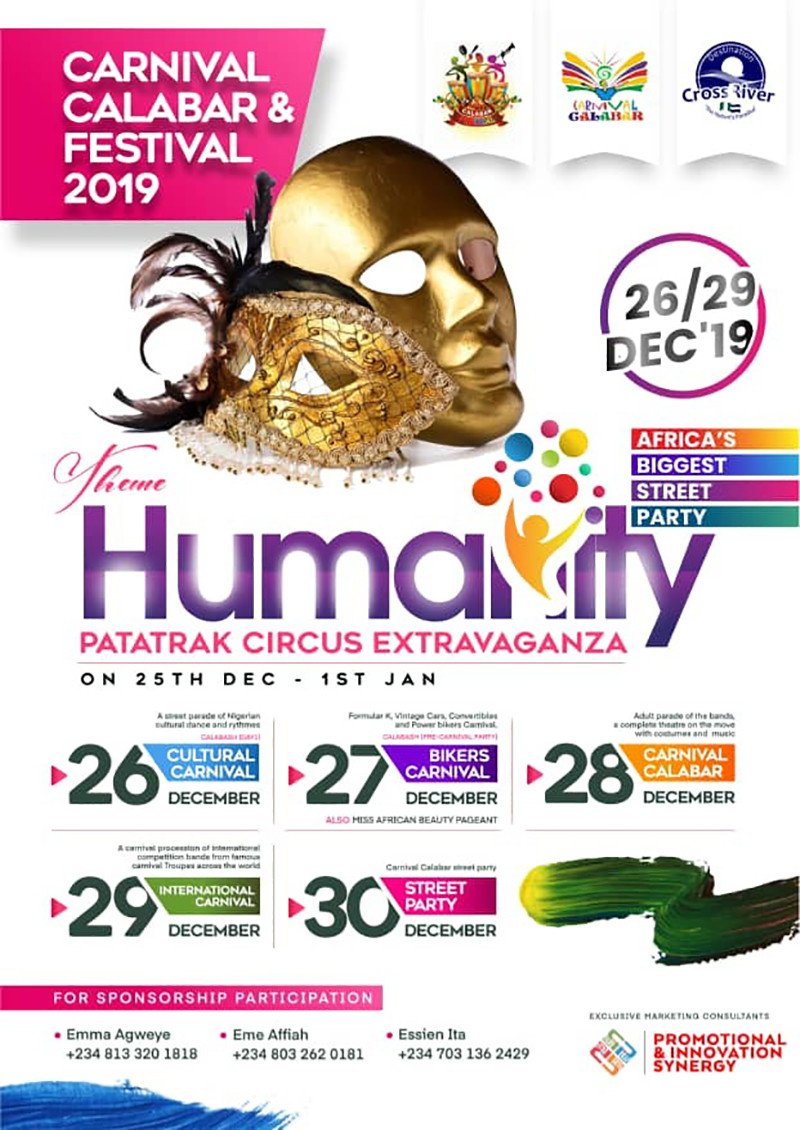 The timetable of the festival has remained fairly unchanged since its inception. However, expectations and glamor have grown over the years. The entire Calabar Carnival is divided into four parts namely;

Food competitions, Musical performances, fashion shows, and dances are always in abundance during the entire festival. International artists billed to perform include Fat Joe, Kirk Franklin, Nelly, and Young Jeezy. Some of the main events include the annual Ekpe masquerade festival, crowning of the carnival kings and queens, and the J’ouvert Band fetes.

“The carnival is actually drama on the move. All the elements of theatre are found in it,” Mr. Onah said. “On December 26, we will hold the cultural carnival while December 27 is the bikers’ parade. December 28 is the main carnival. On December 30, the black African music festival will hold to introduce the blacks who have become successful in the Diaspora in arts and music. However, the carnival is also used to woo Nigerians in the Diaspora back to their roots.”

A Brief History of the Carnival 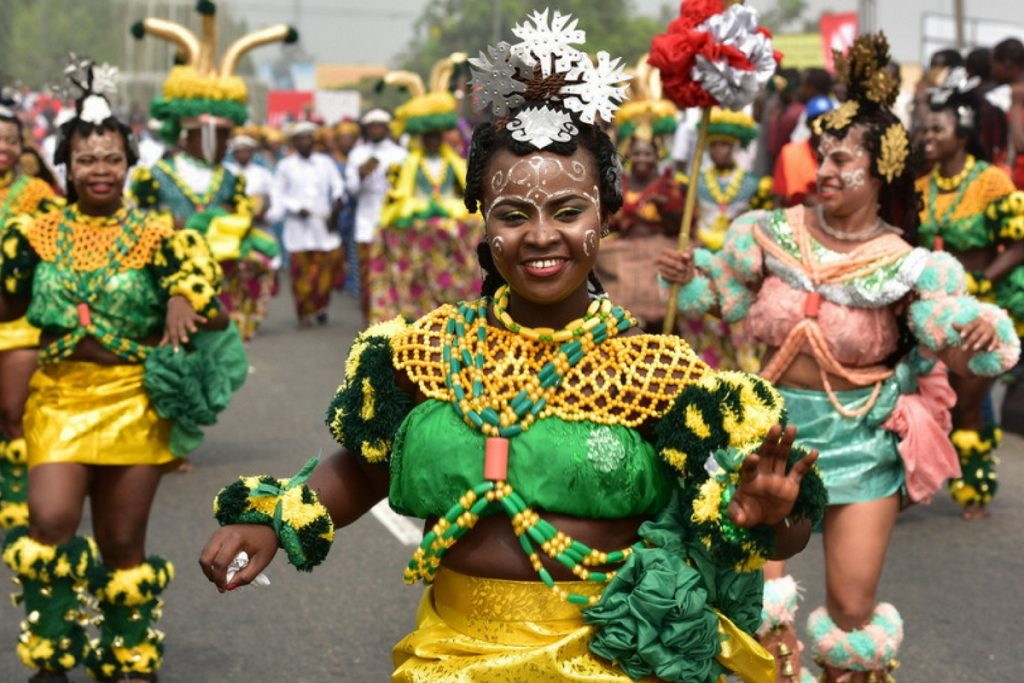 The Calabar Carnival was the brainchild of Mr. Donald Duke, the former governor of Cross River State. While in office, Mr. Duke was keen on positioning Calabar as the nation’s tourism and hospitality hub. However, the local culture has had a massive influence on the way the carnival is celebrated. Today, the contribution of the event to the local economy is overwhelming. There will be an unveiling of Christmas Village this year. The village will enable youths to set up stands with local items that may be of interest to tourists.

With about 50,000 participants and audience, the Calabar Carnival is undoubtedly one of the biggest in West Africa at the moment. While at the carnival, tourists can also use the opportunity to explore attractions like Kwa Falls, Obudu Mountain Resort, and National Museum Calabar. If you have been to Calabar Carnival before, kindly tell us what it feels like in the comment box below.