Kenya Is Inundated With E-Waste From Developed Countries. Here Is What They Will Do About It

The Kenyan government has moved to ban second-hand electronics devices importation as from next year. The People Daily reported that the ban affects electronic devices such as old laptops and desktops. Most of the devices get into the country through companies and donors to institutions as well as schools.

The Director of Environment Education Ayub Macharia indicated that Kenya has been receiving a lot of e-waste from developed countries. As a result, the Kenyan government is enacting tighter regulations to ban second-hand electronics importation. Macharia was speaking during the International E-Waste Day held at WEEE Centre Utawala. WEEE (Waste Electrical and Electronic Equipment) is a recycling services organization owned and run by local entrepreneurs with support from international partners. 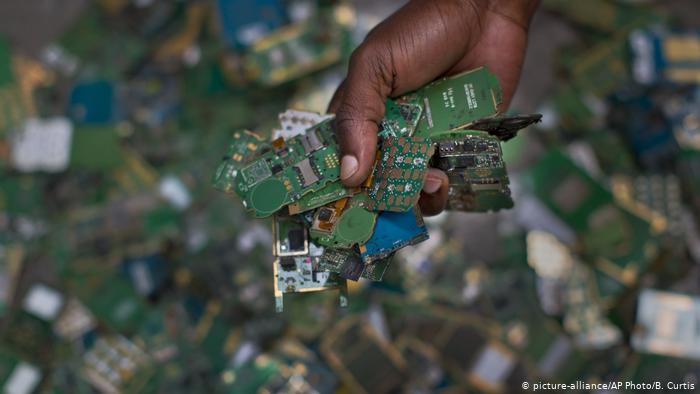 He added that they would anchor the decision to ban second-hand electronics devices in the Extended Producer Responsibility Regulation. Macharia added that the regulations would become operational by March 2020.

ALSO READ: Kenya Is One of the World’s Fastest-Growing Exporters Because Of This Fruit

The move will consequently enhance the value of electronics, according to Macharia. He further asserted that usually, the electronic devices responsible e-waste is electric cables and equipment, mobile phones, and TVs. The move will, of course, lead to importers incurring an extra fee on the price of the devices.

This will thus push them to into reconsidering their budget plans for the importation of second-hand electronics. Consequently, this will affect businesses that rely on second-hand devices as the main source of revenue. Companies most affected by the ban include Pigia Me, Symian, and Lidoc Kenya Limited.

Equally, after the ban comes into force, the worst hit will be low-income Kenyans. They will now have to part with more cash because the cost of new electronic devices will be high.

According to Boniface Mbithi, the WEEE General Manager management of e-waste is a big challenge in the world today. For instance, Kenya produces around 44,000 tonnes of e-waste annually. However, this figure could be higher, according to Mbithi. This is because Kenya doesn’t have a framework to collect data on the same. So far, WEEE can only manage to collect around 25 tonnes of waste per month. This is underwhelming considering WEEE has the capacity to of collecting up to 100 tonnes per month.

Macharia indicated that businesses selling non-biodegradable devices would have to conform to a deposit return scheme. This, therefore, means that there will be an extra fee added to the price or the device. The buyer will only get the extra amount back when they return the device, or they get to buy a new one by adding some amount of cash

The Director of Criminal investigations has equally issued a statement warning Kenyans to be aware of where and how they buy their electronics.