Remember Kinshasa Traffic Robots? Can They Be A Solution To Africa's Traffic Problem? 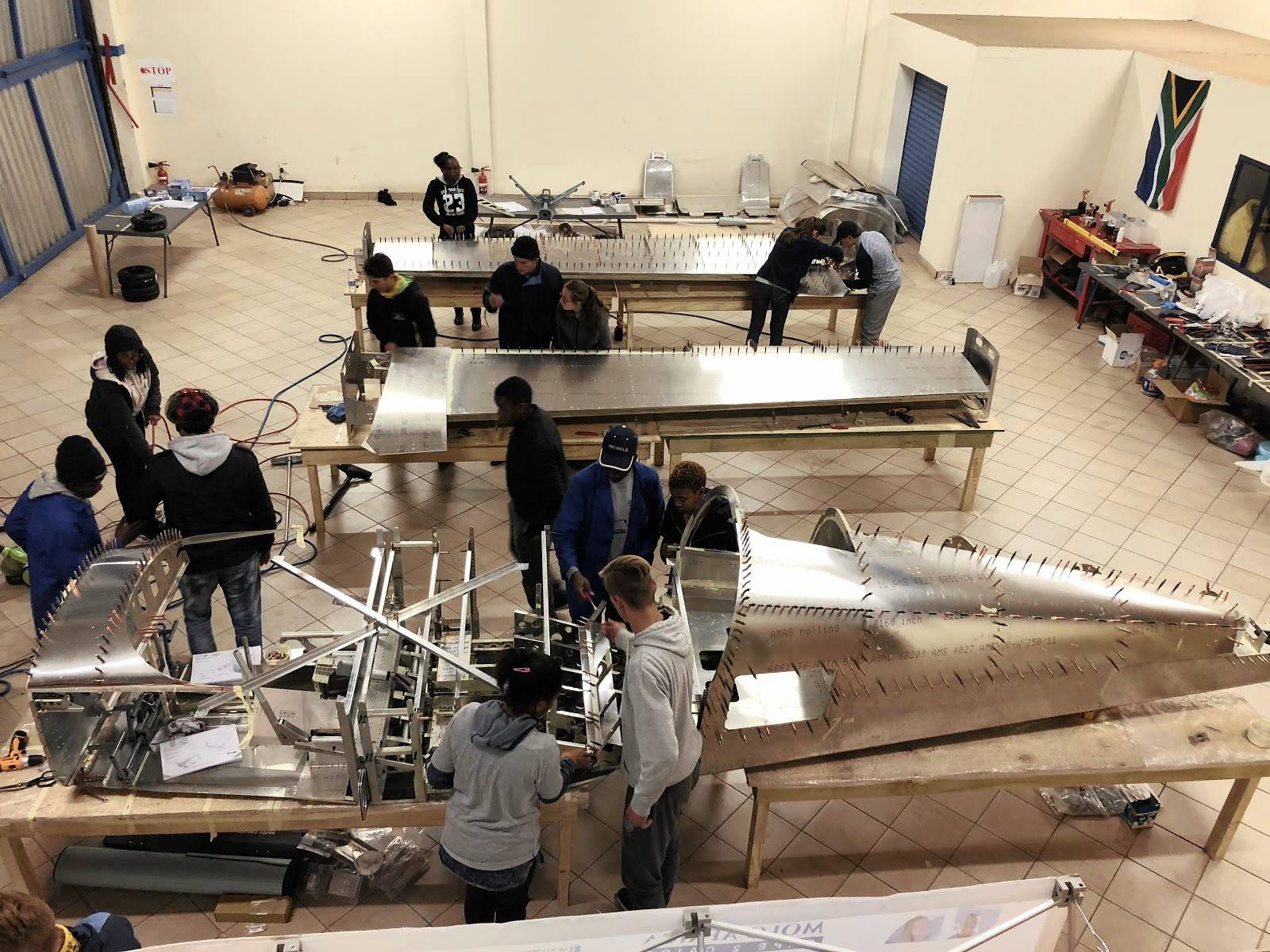 Africa is the place where magic lives. A group of South African teens between the ages of 13 and 19 are set to make history. The teenagers want to fly from Cape Town to Cairo in a plane they made by themselves. However, what is more surprising is that it took them just three weeks to build the aircraft.

“Our plan is to go to rural areas and people who have never even seen a plane can get their first flight in a plane ever. We won’t be able to do that if we don’t have additional funds for fuel. We’ll be stopping in different countries and doing inspirational speaking and showing people that if 20 teenagers built a plane, and flying it across Africa, what is stopping you?”

The South African teens are part of the U-Dream Global Project. Following the final inspection, Werner and her co-pilots are now ready to fly the aircraft from Cape Town to Cairo. By flying the 4-seater aircraft, Werner and her team hope to inspire other teenagers to get interested in aviation. Consequently, a lot of factors, particularly safety, was considered in deciding the route. In reaction to safety measures, Werner said,

“Africa can be quite a hostile continent especially if you choose the wrong countries. You will notice our route starts in Cape Town and then heads up to Namibia, before cutting across to the east coast of Africa. There are a few reasons for this; mainly the safety, but also the fact that we connect all the shores that border Africa on our way. As we will be stopping in Mossel Bay on our way down. That makes it the Indian, Atlantic, Red Sea and the Mediterranean. We also have a chase plane that will help us make sensible decisions, but our plane will be flown by teenagers only.”

Mike Blyth (founder of The Airplane Factory), Worldfuel, ExecuJet, and CFS are providing voluntary logistics support for the flight by the South African teenagers. Werner’s parents both work in aviation. Therefore, her source of inspiration and interest is not a surprise. However, her father, Des Werner, expressed his concerns. He said,

“The plan is crazy enough, it doesn’t need to be that crazy that my daughter must fly across Africa by herself. So, I’ll go and check that she’s OK. Course I’ve got a bit more experience than what she has. And I’m there just to support and make the right decisions.”

The U-Dream Global Project director, Werner Froneman will also accompany the South African teenagers through their cross-continental journey. Froneman will be the second adult pilot that will closely monitor the progress of the journey. In a statement, Froneman said,

“Obviously fatigue plays a big role that we need to manage with the students, so that we can make sure that they are always awake. That they’re always sharp to be able to make the right decisions. This is going to stretch their limits.”

The Motive of the South African teens

The flight will take more than a month. Inasmuch as the team has gotten so much support, the still need R350,000 for fuel, documentation, crew support, and other miscellaneous expenses. Consequently, they have launched a BackaBuddy campaign to raise the extra cash. Speaking about the motive of the project, Werner said,

“By doing this project, we can show the youth and people right across the world that anything is possible if you set your mind to it. If teenagers can build a plane and fly it through Africa, what is stopping you? We hope the public will support our BackaBuddy campaign because a journey of 1,000 miles starts with a single step.”