Will Gambia become the first African Country to beat malaria?

Malaria is one ailment that has plagued the African continent for so long. The notorious ailment which is borne by mosquitoes has been more dominant among children.

Malaria on an annual rate kills 430,000 people a year, of which a major fraction of this number are children. This is quite disturbing as mosquitoes in sub-Suharan Africa are getting resistant to anti-malarial drugs and even treated bed nets.

Breaking Free from the Ugly Hold of Malaria 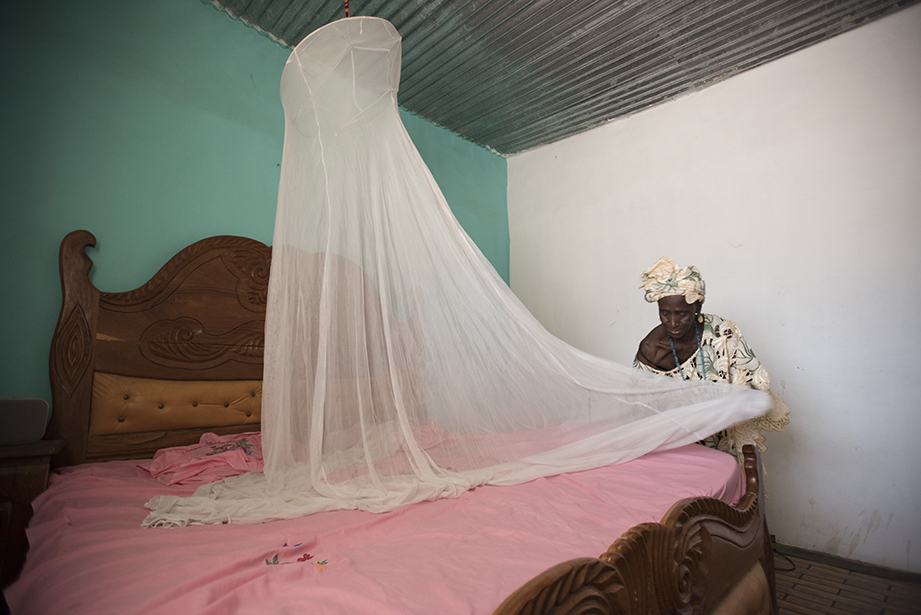 Musukeba Camara in Kafuta village in The Gambia. Musukeba’s family received a long lasting insecticidal net (LLIN) to help prevent the transmission of malaria in their home. With support from a Catholic Relief Services program, the mosquito net was free.

However there is good news is that the whole of Africa will one day break from the clutches of Malaria. Such hopes seem brighter with the steady breakthroughs made by Gambia which is now close to becoming the first country in sub-Saharan Africa to do away completely with Malaria.

Encouraging statistics released by the National Malaria Control Program (NMCP) revealed that the dominance of the malaria parasite in children below the age of five in Gambia has drastically plunged down to 0.2%. This is from a previous 4% recorded six years ago in 2011.

The target is becoming very realistic for the West African nation to wipe out Malaria from its abode and attain the mega achievement of recording no fresh malaria cases by 2020. However going by the conditions on ground, over $25 million separates Gambia from this milestone.

Challenges in the Push to Freedom

In an interview with the Thomson Reuters Foundation, NMCP head Balla Kandeh said “This last mile is the most difficult – we need more support to sustain the gains we have made yet donors often turn their attention elsewhere as cases drop,” . His fear is that the strides recorded by Gambia may be lost if the needed funds are not provided on time.

The NMCP head went further to reiterate his optimism that the newly elected government of President Adama Barrow who unseated long sitting Yahya Jammeh, would be able to pull in donors. A number of donors had pulled out from the scheme owing to disenchantment with the despotic tendencies of Yahya’s regime.

“There is a better working environment under Barrow, with less constraints and less political uncertainty,” he told the Thomson Reuters Foundation. “The fear of the unknown has gone.”

In addition to the conventional control techniques, which include measures like antimalarial drugs, bed nets that are insecticide-treated, Gambia has been applaudable in deploying technology to hack down malaria. Online platforms as well as GPS have been impressively slotted into combating malaria, while internet providers have generously revamped bandwidth in areas off the urban areas for people to readily reach information.

On a general note, the world is gliding forward in its fight against Malaria. According to statistics released by the World Health Organization, since 2000, the world has reached great heights in the battle against Malaria. Over 6 million death cases have been prevented with mortality rate from Malaria going down by 60%.